Bath And North East Somerset Council, also known as BANES, have managed to get a good news story carried by Now Bath regarding the acceptance of First Day tickets on a tendered evening service between Bath and Midsomer Norton. Sadly, the much trumpeted help isn't actually much help at all, as the first commenter on Now Bath quite rightly points out. So what's going on?

Commuters between Bath and Midsomer Norton have a choice of five routes from First: 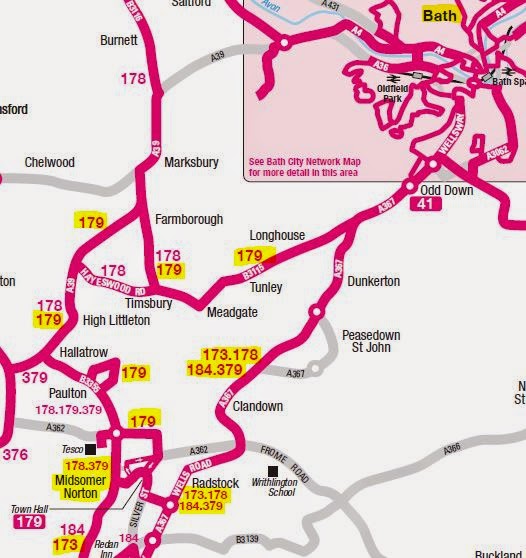 But if you need to get back to Bath in the evening, there's a problem. Here are extracts from First's timetables:

The evening service is operated by Wessex, while First run the daytime service. There used to be an agreement in place whereby Wessex would accept First's return tickets, but with the introduction of First's 'Fairer Fares' return fares were scrapped. This left passengers needing to use both with a choice of two singles or a multi-operator Avon Rider at £7.20. 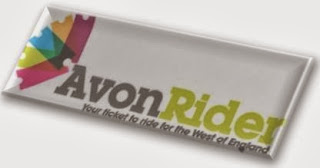 BANES's new arrangement with Wessex means that passengers can use a FirstDay to return on a Wessex bus. The cheapest FirstDay that is valid for Bath to Midsomer Norton? 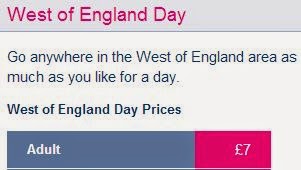 Passengers will be left thinking that BANES doesn't have a clue how much it costs to use the bus on its patch and that it doesn't really care as long as it can spin some positive publicity out of it.

Shame on Now Bath for not researching the impact on passengers and allowing themselves to just regurgitate local authority propaganda.
Posted by SotonBus at 18:33