Each Sunday, we rate a local council's provision of public transport information. This week, it's the turn of Cheshire East Council. 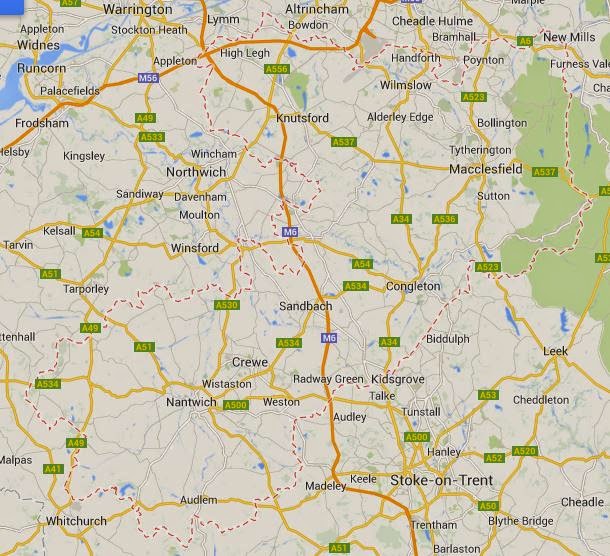 There's no route map, which makes it difficult for those unfamiliar with the local area, but there is a list of all bus routes in the borough. 2 ouf of 5.

These are provided in both HTML and PDF format for all bus routes in the borough. 5 out of 5.

Nothing about single fares. Each route has a page on which some details of that route's operator's own day and weekly tickets is given. The pages for some routes also include information on the TfGM Wayfarer, which acts as a multi-modal and multi-operator ticket for much of East Cheshire and beyond, but this does not appear on the pages of all routes on which it is valid. Plusbus is mentioned on a separate page regarding local rail travel. All in all, the info is rather patchy: 2 out of 5.

So we have a list of routes, but no map. Timetables are very easy to find. Fares less so, with much of the information missing or not on the page on which one would expect to find it. Cheshire East scores a total of 9 out of 15.
Posted by SotonBus at 07:00