Passengers between Winchester and Petersfield on schooldays will soon have to change buses and risk being stranded for 2 hours at West Meon Hut, the junction of the A32 and A272, with only a petrol station and a gastro-pub which has mixed reviews for company. The actual village of West Meon is one and a half miles to the south. The situation in the Meon Valley highlights a lot that is wrong about the way buses are run and regulated in this country. Let me explain...

Today, route 67 connects Winchester with Petersfield, serving many villages along the way. It is currently a through route operated by Velvet with most journeys being subsidised by Hampshire County Council. 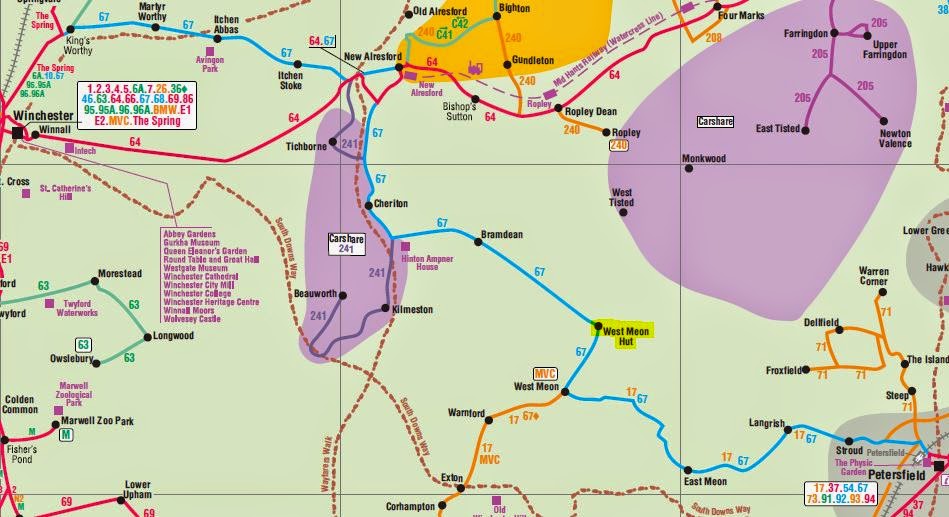 But Velvet are pulling the route as of 12th May. This is the notice on their website:

This contract is for full journeys for much of the time, including Sunday journeys funded by the South Downs National Park, a big step forward for the route. But it has to leave gaps for Stagecoach's commercial weekday service, which only covers part of the route. This means through passengers on most daytime journeys on weekdays will need to switch at West Meon Hut between a Stagecoach and a Xelabus. The new situation is explained very clearly by Velvet and Xelabus, both coincidentally based in Eastleigh. 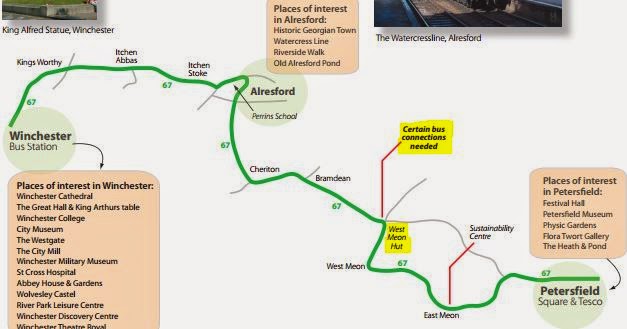 This is from Velvet's advice PDF:

A schoolday passenger from Petersfield will now need to pay Xela to get to West Meon Hut and then pay again on the Stagecoach bus in order to continue towards Winchester, certainly costing more than if they could get one through bus. There's no multi-operator ticket to fall back on: Solent Travelcard's zone excludes the 67's route.

Philip Blair, Xelabus's Managing Director has acknowledged on our sister blog, Southampton Bus Update, that the situation isn't ideal, but highlighted that Xelabus will be accepting return tickets issued by both Stagecoach and Brijan Tours (who operate the 17 service, two days a week between Petersfield and Bishops Waltham via West Meon).

This situation occurs against a general background of Velvet withdrawing routes, with Xelabus stepping in to replace them. Xelabus were ready to buy Velvet back in March, but pulled out at the last minute. Read the full story on that episode over on Southampton Bus Update.

The state of the 67 could well change again from 30th August, as the contract between HCC and Xelabus is only temporary.
Posted by SotonBus at 18:34