OK, it's not strictly a council itself, but it does co-ordinate the capital's public transport on behalf of the 33 local councils of Greater London. Using the same criteria we apply to elsewhere, let's judge Transport for London's provision of bus information. 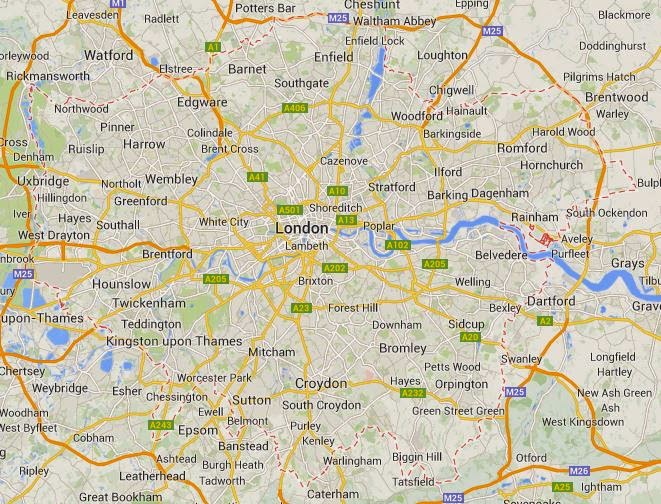 A series of comprehensive maps showing all bus routes across Greater London are provided. There is also an interactive Google Maps thingemy. The useful spider maps can still be found on the old TfL website, listed by borough. For such a complex network, it's surprisingly easy to find out which bus route you need. 5 out of 5.

You can see live real-time departures for any bus stop on the TfL red bus network, even for stops outside of Greater London on routes that cross the border. Traditional timetables however are not available from TfL. To be honest, most routes are so frequent that no timetable is needed most of the time anyway. But there are routes and times of the week when a traditional timetable would help things. Traveline provides full timetables for routes that cross the Greater London border, but TfL don't tell you that. For routes wholly within Greater London, Traveline provides stop timetables. This third-party website provides the full timetables on an unofficial basis. 4 out of 5.

Here's where regulated London really scores compared to the rest of the country. As this page tells you, there is a flat fare on London's buses of £2.40 if paying by cash or £1.45 if paying by Oyster or contactless bank card. The daily bus fare cap on Oyster is £4.40. Bus travel is also included in TfL's zonal daily price caps if you are also using Oyster to travel by tube and/or train. There's no trying to pressure sell you a day ticket when you only want to make one journey and there's no secrecy about the price of making a simple single journey. 5 out of 5.

Maps are comprehensive and easy-to-find. The spider maps could be less hidden, but are still there and go a long way in clarifying London's complicated network. Fares information is simple, clear and complete. Whatever journey you are about to make by bus, TfL make it easy to find out how much it will cost you. Where TfL falls down slightly is the lack of full timetables for its bus routes, but these are available elsewhere if you know where to look and are compensated for by the quality of the live bus stop departures information that is freely available. Timetables would have given TfL full marks, but as it stands Transport for London scores a total of 14 out of 15.
Posted by SotonBus at 07:00