The county of West Midlands is governed by its constituent unitary councils, but public transport is overseen at county level by Network West Midlands, formerly known as Centro. Let's look at how well they promote the buses in the heart of England. 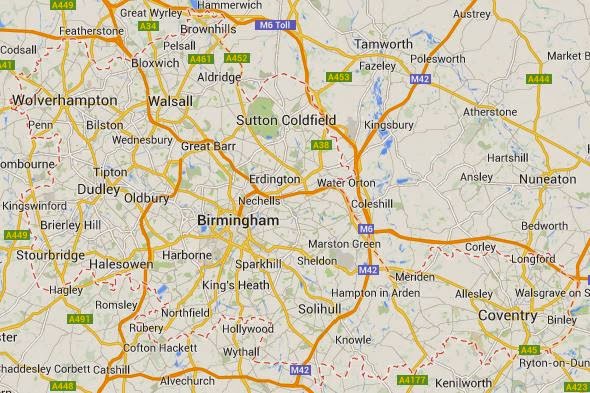 There is a comprehensive bus map for each of the six cities or boroughs in the county. In addition, some of the major interchanges have London-style spider maps, such as this one for Erdington. Nice and clear. 5 out of 5.

There's a timetable search section that allows you to find a timetable by route number, locations served or operator. The only thing it doesn't seem to do is provide a PDF timetable, but most of the operators' own sites do that, as does Traveline. 5 out of 5.

This page has details of all of the county's bus operators and for those that accept the Swift smartcard, tell you how much a single journey is. Sadly that doesn't cover the majority of bus routes in the West Midlands, but at least it is a start. This page gives details of the multi-operator nBus tickets and the range of multi-modal nNetwork tickets. Plusbus tickets aren't mentioned, which is a shame because those issued with rail travel to/from several locations in the West Midlands, are valid throughout the entire county, making them excellent value for money. 3 out of 5.

Excellent maps and easy-to-find timetables, but the incomplete nature of the fares information lets the West Midlands down. Network West Midlands scores a total of 13 out of 15.
Posted by SotonBus at 07:00