Let's take a look at how Southampton City Council promotes the buses in its area. 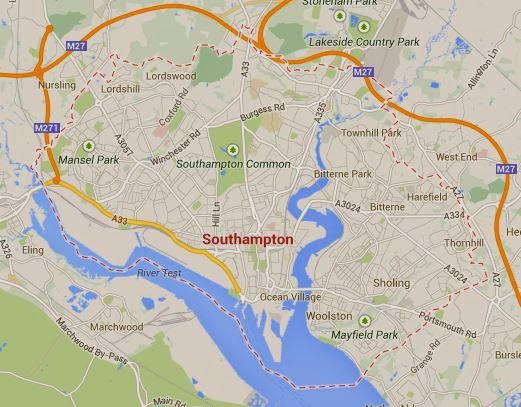 A full public transport map is provided, which includes all routes of all operators. It also has an enlargement of the city centre and all of the main district centres in the city. The only downside is that it is only updated once or twice a year and Southampton's bus routes change more often than that, so the map is rarely fully up-to-date. All of the major local operators also produce good maps, but they don't give you the overview that that the council does. 5 out of 5 in this category.

The council doesn't provide timetables themselves, but they do have links to most of the operators in the city, who of course do provide timetables on their websites. The only notable absences are Stagecoach, whose 46 runs from the General Hospital to Winchester, and Wheelers, who have recently launched three routes in the city. There is a link to Traveline South West, where you can find all of the city's bus timetables in one place. 2 out of 5 for Southampton.

As is often the case, there is no information on single fares at all. There are links to most of the operators' sites (see above) where you can find out about their own tickets. A ticket does exist that can be used on any bus - the Solent Travelcard - but shamefully Southampton City Council doesn't tell you about it. They also ignore the Southampton Plusbus ticket. So while the city has a good range of bus tickets to choose from, the council provides no help in deciding which is the best to buy. 0 out of 5.

So we have a good map, while timetables can be found on Traveline or the operators' websites, but no fares info at all (although you can find it elsewhere but you have to already know where to look). Southampton City Council scores a total of 7 out of 15.

Full information on all of Southampton's buses can be found on our sister blog, Southampton Bus Update.
Posted by SotonBus at 06:59