Each Sunday, we review how one local council promotes the bus services in its area. Today, we look at Hampshire County Council. 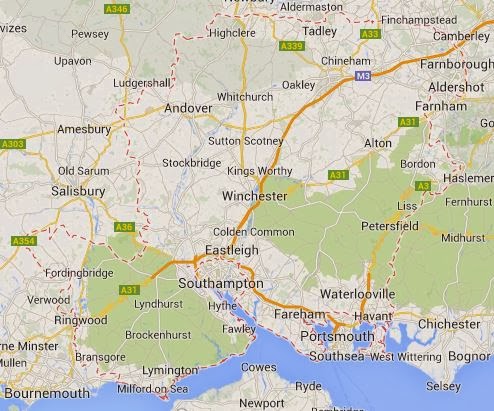 What happened to Bournemouth? Left in 1974, conquered by Dorset. Southampton? Divorced the county in 1997. Portsmouth? Same. But the rest is still there.

We have a county-wide map, a selection of detailed local maps (although they don't cover all areas) and some local timetable books, again covering selected areas only. It's a lot more than what some councils provide. Services can change often, so the maps are occasionally out of date, but not normally for too long. I'm feeling generous: 5 out of 5.

Council-issued timetable books cover most of the county, but Fareham and Gosport are obvious exemptions. To fill in the gaps, you're left to your own devices to find timetables on the operators' websites or on Traveline South West, which does its job quite well. this was so nearly a 5 but the fact that some areas' timetables are left out drags Hampshire's score in this category down to 3 out of 5.

No info on single fares or on operators' own tickets. Operators' websites vary in how much fares info they give. There is no ticket valid on all buses in the county, but the southern half does have the Solent Travelcard, also valid in the breakaway cities of Southampton and Portsmouth. The link is rather hidden though: you won't find it on the Public Transport page of the council's website. Rather, you need the Public, Community & School Transport page to find out about it and also to see the link to Plusbus, which covers several areas of the county: Aldershot, Basingstoke, Eastleigh, Fareham, Farnborough, Havant & Winchester. Considering what's on offer, the information could be made a lot clearer. 2 out of 5.

So we have a good range of maps, timetables for almost everywhere in the county but little fares information even though some very good value tickets do exist. Hampshire County Council scores a total of 10 out of 15.
Posted by SotonBus at 06:59